There has been a 95% decline in tiger numbers over the last century, and now fewer than 4,000 remain in the wild - a sobering statistic. There are now around double the number of tigers living in captivity across Asia and Africa than in the wild. However, in more positive news, Nepal is now on track to become the first country in the world to double its wild tiger population since 2010, and conservation projects across the continent are helping numbers to slowly rise. 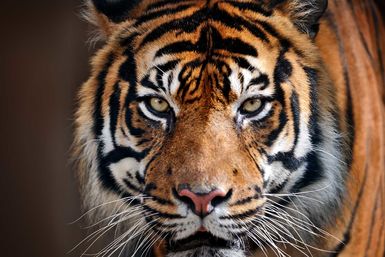 Eye(s) of the Tiger

Tigers rely primarily on sight and sound rather than smell when hunting, and they use their impressive night vision to help them hunt successfully in the dark. They usually hunt alone and stalk their prey, and happily take on animals larger than themselves.

"Visit Pench National Park in India to experience the place that inspired The Jungle Book, which also happens to be home to a healthy population of tigers"
Miranda Boord, Asia Specialist 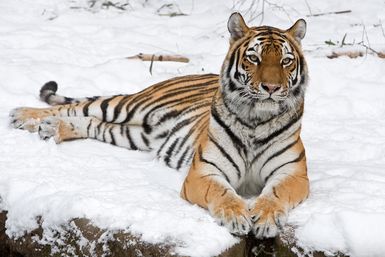 There are six subspecies of tiger that remain alive in the wild today: the Sumatran, Bengal, Indochinese, South China, Malayan and the Amur or Siberian. The Bengal tiger is the most numerous of all subspecies, with around 2,500 left in the wild, but poaching is a big issue, as is habitat loss. The South China tiger is critically endangered, and believed to be extinct in the wild as none have been sighted for more than 25 years. All species face pressures from poaching and habitat loss, as they are forced to compete for space with dense and growing human populations.

"Panna National Park is a huge success story for tigers, a few years ago the entire population had been poached, so they relocated tigers from other parks and they now have around 25 tigers there."
Miranda Boord, Asia Specialist 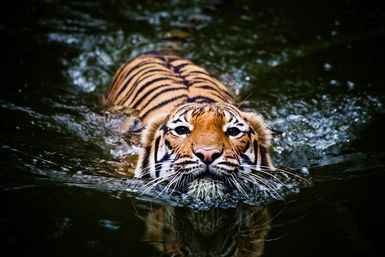 While most cats would choose to stay well clear of water, tigers love swimming and those living in tropical forests spend time cooling off in pools or streams. However, much like a person trying to keep their hair dry, tigers prefer to keep their head above water. They also use water to their advantage when hunting, by chasing their prey into the water to trap them. 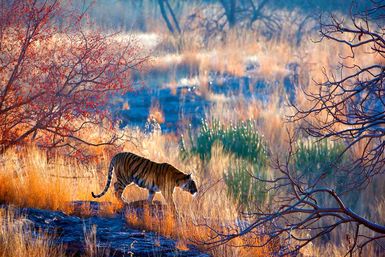 Where To See Them

The best places to spot tigers varies from season to season, but throughout India's national parks, such as Ranthambore, Kanha or Bandhavgarh National Parks, there are usually opportunities to spot the magnificent Bengal tiger in its natural habitat. India's national parks re-open in October after the monsoon so generally the best time to travel in search of these big cats is from October to March.

"Phen Sanctuary within Kanha National Park is perfect for those wanting to get away from the jeeps, and while seeing a tiger here is rare, there is plenty of other wildlife to spot."
Miranda Boord, Asia Specialist 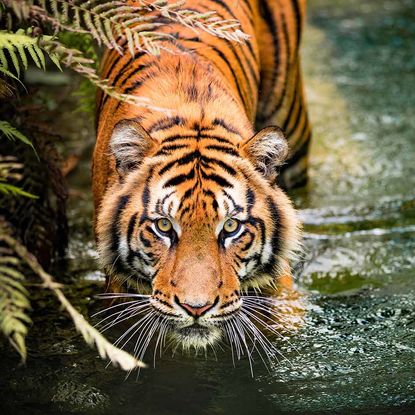 Amount of meat they can consume at once

Distance a tiger's roar can be heard

Full speed a tiger can reach

Frances is our 'Tigers' expert and as a seasoned traveller has the inside track on the most memorable adventures.