Straddling two hemispheres, Ecuador - the smallest of the Andean countries - offers a striking blend of landscapes, peoples and cultures.

Two cordilleras (ranges) of the Andes run north to south and form the Valley of the Volcanoes, including Cotopaxi, the highest active volcano in the world. Within this dramatic landscape Ecuador has many national parks and reserves, notably Machalilla on the coast, Isla del Plata and its pre-Columbian ruins, Sangay with its rare species, and Pasochoa and Podocarpus for flora. The country is also renowned for its colourful markets, and many, such as Otavalo, are within reach of Quito in the Central Valley, at whose southern end is Cuenca, an Inca site, with later pink marble colonial buildings. From here, don't miss the Incas' Ingapirca. So, quite a lot going on if you're thinking about an Ecuador holiday, and that's before we even talk about the incomparable Galapagos Islands.

Once the Inca Empire's northernmost territory, successive waves of invaders have left their indelible mark on Ecuador. Original Travel's Latin America team can plan your own micro-invasion of an Ecuadorian holiday with military precision by suggesting itineraries to include a visit to Inca ruins on the hilltops of the Sierra and the beautifully preserved cities of Quito and Cuenca - both rich in art and architecture after 300 years of Spanish rule.

Quito was the first UNESCO World Heritage City, built among the foothills of the Pichincha Volcano, which you can really appreciate as you come into land. This long linear city sits at 8,500ft so you definitely feel the altitude, but as a result the sky is often incredibly blue and bright. This is by no means the liveliest city in Latin America (that accolade would probably go to Cartagena) but the colonial city centre is charming and if you happen to be there on a Saturday many locals from the highlands congregate in Plaza San Francisco.

Within striking distance of Quito are the beautiful Highlands, and driving north out of the city involves being treated to great views of the voluminous volcanoes and peaks of the Andes. It also means crossing the equator into the Northern Hemisphere, taking in the Mitad del Mundo monument and museum. Also worth a visit is Tulipe - home to archaeological ruins from the pre-Incan Yumbos civilisation. The Highlands themselves are a playground for adventurous types keen to climb some serious peaks, or to explore the extraordinary biosphere of the Andean cloudforest.

Speaking of extraordinary biospheres, it's important not to forget that Ecuador is also one of those lucky countries to include a portion of the upper Amazon complete with rainforest, and just a thirty minute flight from Quito. Stay in fascinating ecolodges or on board a luxury river cruiser to explore the Amazon.

Last but by no means least, six hundred miles out in the Pacific Ocean lie the Galapagos Islands, the catalyst for Darwin's theory of evolution. Original Travel consultants have visited the islands on several occasions, and know the best boats for every type of trip from family holidays to dive safaris. 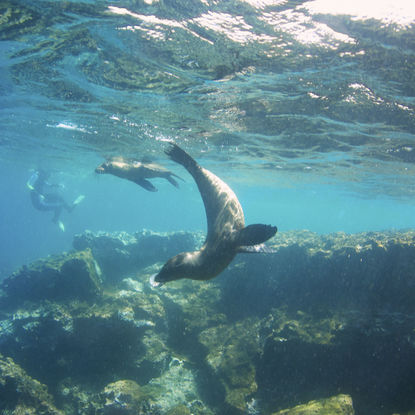 If You Do Three Things
1
A Darwin Safari

Sail around the Galapagos Islands, described by Darwin as 'a little world within itself.' Hop on an expedition vessel, specially adapted to navigate the Jurassic-like maritime world. You'll sail in the company of naturalist guides as you scout out giant tortoises, snorkel with sea lions and become acquainted with endemic species such as Galapagos penguins. 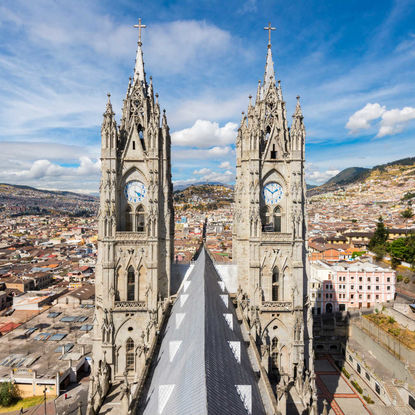 If You Do Three Things
2
A Walk through Quito

Explore the historic Old Town of Ecuador's colonial capital. One of Latin America's first UNESCO-listed cities, it is ideal for an amble around its cobbled streets, grand plazas and cluster of beautiful baroque churches. Head to one of the city's antiquated markets selling everything from fresh produce to indigenous medicine. Don't miss the city's foodie hotspots including family-run bakeries and artisanal chocolatiers selling one of Ecuador's greatest exports. 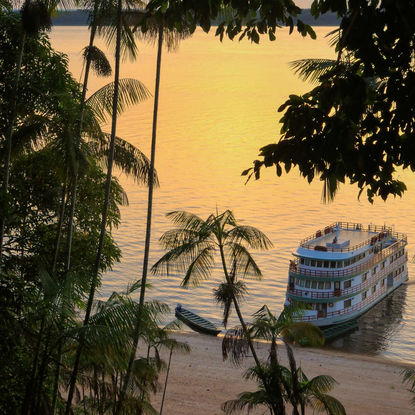 If You Do Three Things
3
Explore the Amazon

Journey into the deep reaches of the Amazon on a stylish cruise, one of the best ways of immersing yourself in this iconic rainforest. Embark on nature trails spotting howler monkeys in the canopy and parakeets in the clay licks. Then take a canoe ride in the glossy waters where you can scan for piranhas, giant manatees and pink river dolphins. Return for a cocktail on the deck. 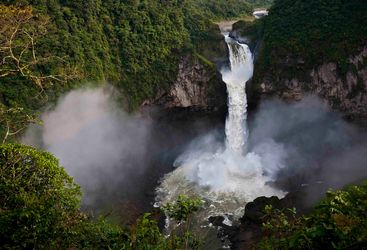 Due to Ecuador's compact size and the small area covered within the Amazon here, it is one of the best countries for wildlife viewing.
Find out more Add to Ideas+ 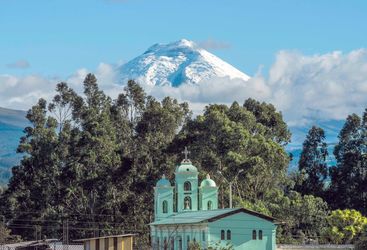 South America > Ecuador & the Galapagos > Quito and The Highlands

Quito and The Highlands

Surrounded by the Andes, Quito has a dramatic setting and is overlooked by the Virgin of Quito, a statue atop the Panecillo hill above the Old Town.
Find out more Add to Ideas+ 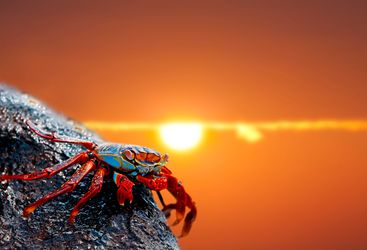 Nobody comes back disappointed from the Galapagos; quite simply, it is like nowhere else on earth.
Find out more Add to Ideas+

Showing 1 - 3 of 3 destinations in Ecuador & the Galapagos

The Galapagos are of course all about the rich variety of marine and land creatures, as well as the harsh but beautiful volcanic landscape. Now...
Find out more Add to Ideas+
South America > Ecuador & the Galapagos > Quito and The Highlands

Get to the top as the sun rises, and you can see the peaks of the surrounding volcanoes glisten red and yellow and miles of glacier spread below...
Find out more Add to Ideas+
South America > Ecuador & the Galapagos > Quito and The Highlands

Riding Safaris in the Highlands

One of the best ways to explore the Ecuadorian Highlands, north of Quito, is on horseback, riding between historic Haciendas and working farms...
Find out more Add to Ideas+

Showing 1 - 3 of 3 activities in Ecuador & the Galapagos 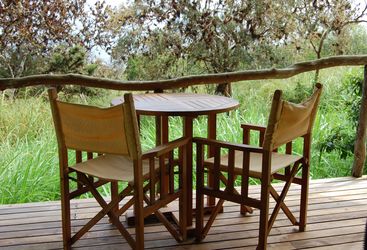 Unique within Ecuador, the Galapagos Safari Camp is a tented camp following the African safari model, in which guests stay in comfort while remaining...
Find out more Add to Ideas+ 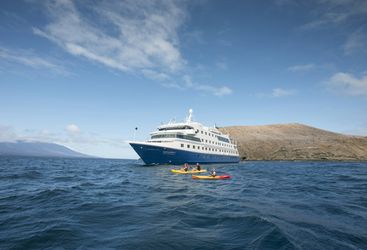 Santa Cruz II is a 71 metre vessel spread out over five decks that seamlessly navigates the Galapagos Archipelago, island by island.
Find out more Add to Ideas+ 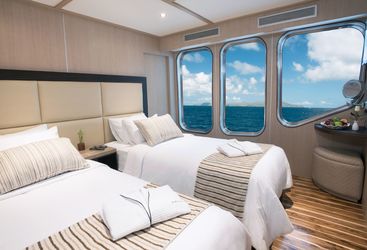 Built to offer the very best in ocean luxury, and yet remain environmentally responsible, The Origin is a masterpiece of modern yacht design...
Find out more Add to Ideas+ 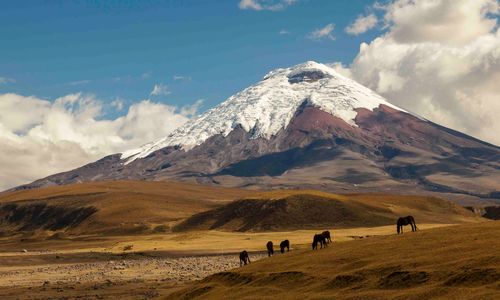 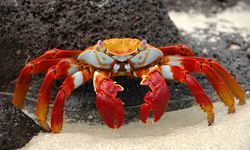 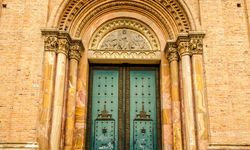 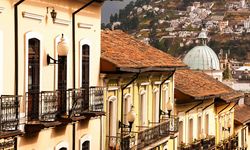 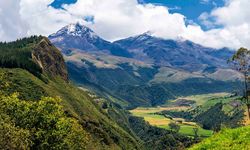 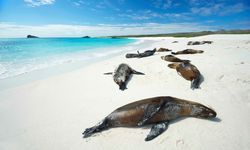 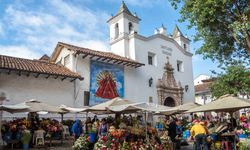 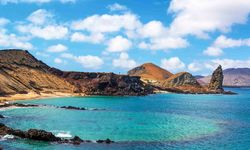 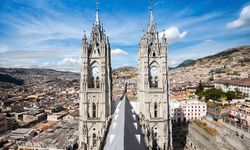 Map of Ecuador & the Galapagos

Glamping in the Galapagos

Peru and the Galapagos Archipelago

I had a wonderful time in Ecuador. Your local agents were outstanding throughout the trip.

The riding to and at Zuleta was excellent... As for Zuleta itself, the facilities are excellent, and the service very welcoming and friendly. There is nothing there that needs to be improved upon or changed - basically they should keep doing what they are doing...

Many thanks for sorting everything out. 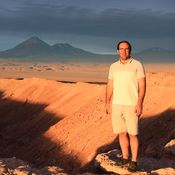 Original Travel Expert: Oliver Rodwell
My highlight: The National Park on the Galapagos islands may have a two metre's distance rule that visitors must abide by, but don't expect the animals to steer clear - especially curious infants!
Inquire now
Call us on: 1-866-205-8369