London – Barcelona by Train
Who: Couples and Eco Travellers

London to Barcelona by Train

Arran and Charlotte H are here to help give you the inside track.

This five-day train London to Barcelona train itinerary sees you learn all about a city brimming with history, culture and culinary delights. Enjoy a walking tour to see the city's fabled architecture, take a cookery class and wander the streets with a photographer learning advanced photo techniques.

Day 1: London to Barcelona by Train

After you've taken your (carbon-offset) flight across to Europe, it's time to explore this vast and diverse continent by train. You'll be able to see and experience it from another perspective while minimising your environmental impact.

You can either start this London to Barcelona train adventure with an early morning Eurostar train from London St Pancras or you can kick things off on French soil in Gare de Lyon, where the next part of your adventure begins.

From here, take the RER (the Paris metro) for just two stops to Gare du Lyon - where you'll have just enough time for lunch while you wait for your second train of the day. We know an excellent restaurant at the station serving fine dishes in a grand neo-Baroque setting. Then climb aboard your high-speed Barcelona-bound TGV (Train a Grande Vitesse) Duplex. We'll try to book you a seat on the upper deck for even better views of the French countryside as you fly at around 200mph along the Rhone Valley, through the marshlands of the South and finally through the dramatic mountains of the Pyrennes. Make sure you have a good book at the ready, or a film downloaded as you speed south, and the journey should take around six-and-a-half hours.

The train pulls into Barcelona station in the evening and your private transfer will whisk you from the station to your hotel, which will be your base for the next four days. You'll have time to freshen up because this being Spain, no one bothers to go out until about ten o'clock at night.

You'll be staying in the heart of Barcelona during your London to Barcelona train trip, and before your first day exploring the city you might fancy a dip in the hotel's roof-top pool overlooking the city.

This morning you will be exploring the streets of Barcelona, with your guide introducing you to the city's fantastic architecture, much of which was created by the city's most important architect: Antoni Gaudi. Fondly know as 'God Architect', Gaudi created some of Barcelona's most iconic buildings. In the company of an your expert architect guide, you will visit some of Gaudi's most important buildings, including the Casa Batllo (don't worry - you'll have skip-the-queue tickets), the remodelled house considered one of his masterpieces. While wandering your guide will help contextualise Gaudi's work within Barcelona's history and alongside the work of his contemporaries.

After a morning soaking up history and culture in the city's streets, this afternoon is yours to explore more of the city or relax back at the hotel. Our local Concierge can help with restaurant bookings and recommending the best places to eat and drink in a town with plenty of choice on that front.

After a leisurely morning on this London to Barcelona train trip, you will be joining a hands-on cooking class to discover the secrets of traditional Catalan and Spanish cuisine.

Start with a walking tour of the famous Mercat de la Boqueria. A chef will be accompanying you, armed with plenty of tips for picking out the finest local, seasonal products in this historic market. Meander through the stalls, with sights, sounds and smells delighting your senses. Once you have had your fill of the market stalls, head back to the cookery school, which is located in the heart of the city. Don your aprons, because it's time to get cooking, learning how to create that most Spanish of dishes; paella (which actually hails from Valencia, down the coast). Your efforts will be rewarded, when you sit down to enjoy your creation at the end of the class.

Head back to your hotel to freshen up - and maybe enjoy a swim - before dinner and drinks in the city.

After a leisurely morning, it's time to get have your camera at the ready. You'll be meeting a professional photographer to visit some of the best attractions the city has to offer, prepared to take some great shots of Barcelona. You'll learn some of the skills of documentary style snapping, and to capture the best moments of your day. Take things at your own pace and stop for a drink or an ice cream while meandering through the busy streets, snapping as you go.

After exploring Barcelona's enchanting streets, you have the rest of the day at leisure. It's your last night in the city so you'll want to make the most of the world-class dining and nightlife scene in this seaside city.

Sadly today it is time to head home. You'll have time for a relaxed breakfast at your hotel before heading back to the station for the journey north, across the border and through the south of France, speeding towards Paris on another TGV Duplex. Make sure you have something to read or watch, or you might want to go through the images captured on your walking-photo tour yesterday.

Your train pulls into Paris mid-afternoon, and you have time to take the RER metro two stops to Gare du Nord where we can also book you a table in an excellent brasserie beside the station. After an early supper, board the Eurostar and you'll glide through the channel tunnel and ease into London St Pancras this evening. 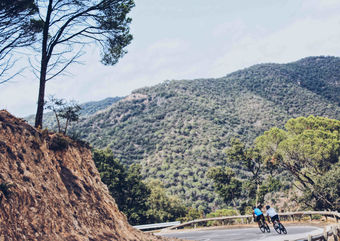 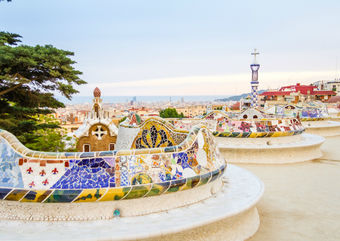 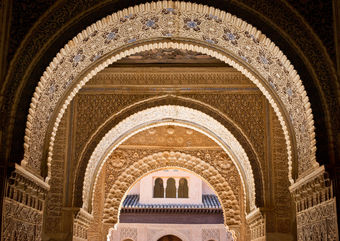 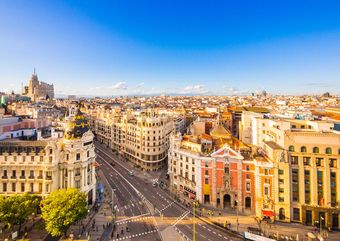 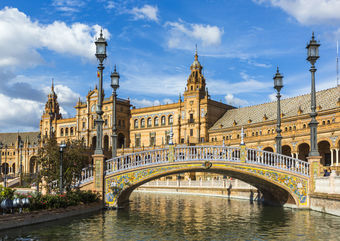 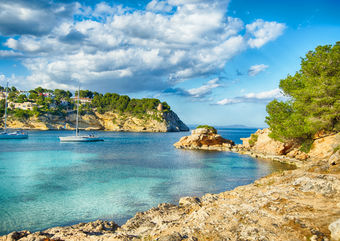 Arran and Charlotte H are our experts for this itinerary and as seasoned travellers they have the inside track on the most memorable adventures.