Belize's many and varied attractions include Mayan ruins and 174 miles of coastline fringed with numerous atolls, known as Cayes, and the second greatest barrier reef in the world.

Divers and snorkellers have long known about the spectacular reefs off the coast of Belize, but the mainland is also rich in flora and fauna, with 40% of the country set aside in conservation areas, which makes for incredible exploratory fodder on a luxury holiday. The lush rainforests are still home to jaguar, puma and various species of monkey, as well as the beautiful, brilliantly plumed quetzal.

Formerly British Honduras, Belize is a country defined by various cultures, languages, and ethnic groups including descendants of the Mayans, whose civilisation dominated this region for centuries. Mayan links are evident in well-preserved remains such as Xunantunich, with its plazas and temples, and Caracol's 138ft tall Sky Palace Pyramid.

The inland area of Belize is home to dense rainforests but also - bizarrely - pine forests more reminiscent of Europe than Central America. There are luxury lodges here that are the perfect place for some luxury holiday downtime before or after the beach, or for anyone crossing over into Belize from Tikal in Guatemala (an excellent combination). And on the subject of Tikal, while none of the Mayan sites in Belize matches the imperious site in Guatemala, the likes of Cahal Pech are definitely worth a visit, as are the cave systems, such as at Actun Tunichil Muknal, which were often used as Mayan sacrificial sites. Spooky but spectacular.

And then there are the beaches and Cayes of the coast with excellent laidback lodges (with more popping up all the time) from which to explore the Lighthouse Reef System, the second longest reef system in the world and a UNESCO World Heritage Site. The reef is also home to the Blue Hole, a perfectly circular sinkhole filled with countless species of marine life including angelfish, sponges, barracudas and different species of shark as well as impressive coral formations and extraordinary stalactites. The water temperature is a thoroughly civilised 76 degrees (or even warmer) as far down as 130 feet, making this a bucket list essential for divers. Closer to the surface, the cayes and coastline are also home to the extraordinary and endangered manatee or sea cow.

Our Latin America team have stayed in all the best lodges throughout the country and work with the top guides for cultural and wildlife excursions. We only use the finest dive operators and can arrange dive trips to see whale sharks in this, one of the few places on the planet where marine biologists know when, why and where they congregate. The last Original Travel consultant to dive in Belize saw eight whale sharks on his solitary dive. Not a bad return. 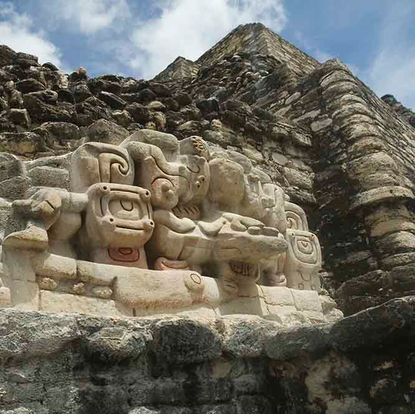 If You Do Three Things
1
Explore Caracol

Guatemala's Tikal complex may be the more recognisable Mayan ruin in the region but its historic local enemy Caracol is equally fascinating. Excavation didn't start in earnest here until the 1980s so, while there are over 35,000 buildings, the ruins feel more like a personal discovery than a slick a tourist attraction. A private local guide will delve into traditional Mayan life and the stories behind the elaborate carvings and hieroglyphics that adorn the buildings. 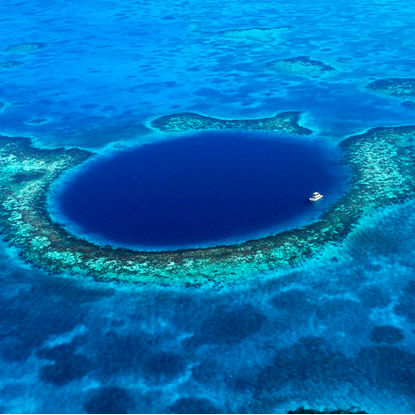 If You Do Three Things
2
Dive the Blue Hole

For many, Belize is synonymous with the Blue Hole and represents a real bucket list opportunity for divers. The perfectly circular blue sinkhole, located 60 miles off the coast in the Lighthouse Reef System, provides something of an eerie dive experience which sees you weave through impressive coral formations and multicoloured stalagmites and stalactites, spotting sharks lurking in crevices as you pass. 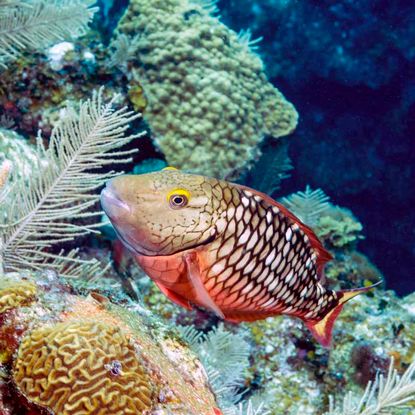 If you'd like to explore the underwater world without having to don your wetsuit and scuba mask, head south to the coastal village of Placencia where we can organise snorkelling trips to beautiful offshore cays. You'll be able to spot all kinds of exotic coral species, as well as marine life like the colourful stoplight parrotfish, angelfish and barracuda. A great one for families. 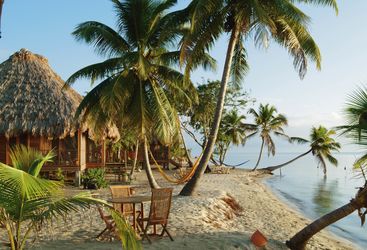 The southern coast of Belize is still relatively undiscovered, and we have sought out the hidden gems that make the most of the stunning coastline.
Find out more Add to Ideas+ 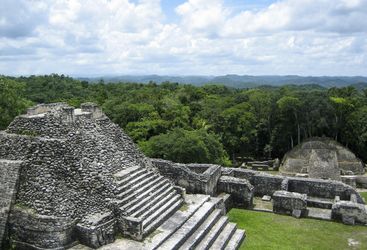 Rainforest and pine forest, abundant wildlife and Mayan sites make this an exciting and adventurous destination.
Find out more Add to Ideas+ 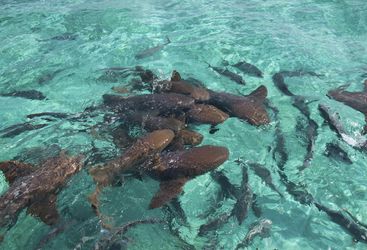 There are thousands of islands, or cayes, along the coast of Belize.
Find out more Add to Ideas+

Showing 1 - 3 of 3 destinations in Belize

There is no better way to start the day than from on a horse surrounded by nature. The sunrise ride from Blancaneaux Lodge is suitable for all...
Find out more Add to Ideas+
Central America > Belize > The Cayes

Part of the Lighthouse Reef System, a UNESCO World Heritage Site, the Great Blue Hole is 60 miles off the mainland of Belize and is one of the...
Find out more Add to Ideas+
Central America > Belize > The Belizean Coast

A catamaran trip up and down the Belizean Coast is one of the best, if not the best, ways to explore Belize’s world famous reefs, islands and...
Find out more Add to Ideas+

See more things to do in Belize 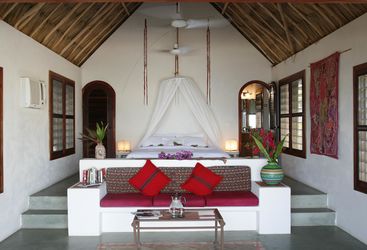 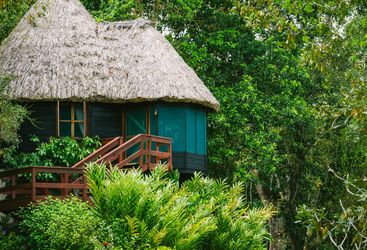 The Lodge at Chaa Creek is recognised as an exemplary model of sustainable development within Belize’s rainforest.
Find out more Add to Ideas+ 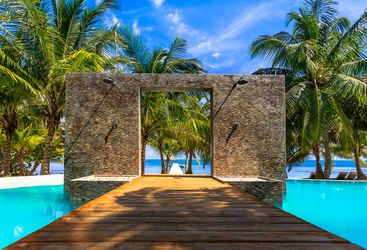 El Secreto is an exclusive and secluded resort on the sandy shores of an island enjoying views of the palm fringed beaches and protected reef...
Find out more Add to Ideas+ 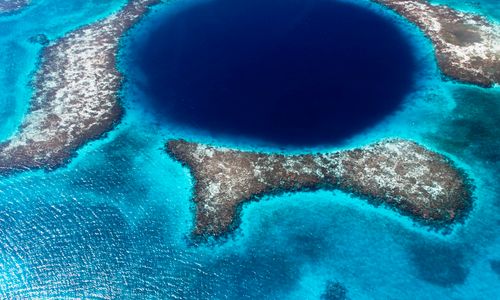 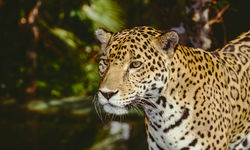 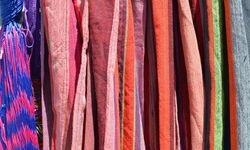 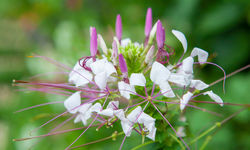 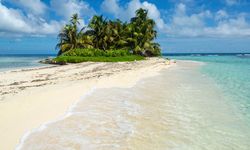 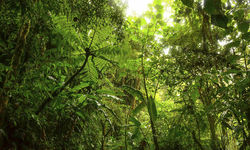 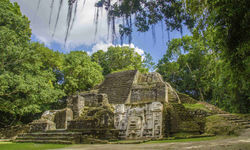 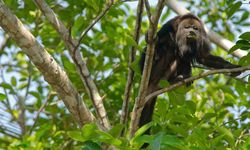 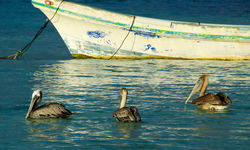 A Family Adventure in Belize

On the Mayan Trail in Guatemala and Belize

Thank you for a, as always, well organized trip!!! We had a GREAT time and Belize was a positive surprise!

Our stay in Ambergris Caye was such a contrast to our 4 days in NYC. The Victoria House was THE place to stay there. The resort itself was the perfect honeymoon location for us. The staff were great - really friendly and helpful. It was our little paradise. The hotel also organised trips and snorkelling and they also supplied bikes so that we could explore.

The food was wonderful! both at the hotel and ALL the restaurants that we tried each evening and we went to a different one each day (our favourite three being - Hidden Treasure (where they collected you and dropped you back at the hotel free of charge), Elvi's and on our final night KAMA, which was a funky on the beac, roofless, American owned but fairly new restaurant with a 'chill our lounge vibe to it. Again the staff were amazing and even the manager and owner came to talk to us.

Once again, thanks for all your help and recommendations and finding us these wonderful places to experience our honeymoon!

The honeymoon was absolutely amazing! We had a great time, certainly relaxed and discovered Central America where we will be back for sure! 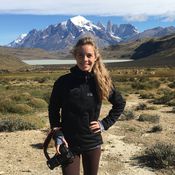 Original Travel Expert: Kate Bloomer
My highlight: It's size! The population is just under 330,000, which means no over-development and no hectic hustle. Belizeans are warm, friendly and extremely relaxed. In two weeks you can see and do most of the country, allowing for a rich and diverse experience.
Inquire now
Call us on: 1-866-205-8369