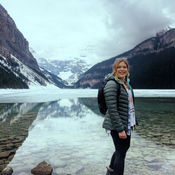 Look Beyond the Stereotypes, Why Everyone Should Visit Mexico City

I don't know about you, but before I visited Mexico City I was worried I was going to a dangerous, polluted and sprawling city that would serve as nothing more than gateway to the rest of the country. How wrong I was. 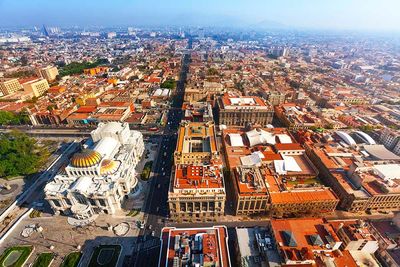 I was in Mexico for 2 weeks earlier this year and visited some of the most beautiful, remote and glamorous locations in the country. It is safe to say as I boarded my flight to Mexico City, I was excited to get through my first few days in capital and onto the rest of the itinerary. Fast forward 72 hours and I was desperate to stay longer!

As a history buff, food lover, dedicated shopper (and occasional tequila drinker) Mexico City exceeded my expectations in every way. It was, in fact, and hindsight, the favourite part of my trip and I left Mexico desperate to return and explore more of the city: to taste more gastronomical feasts, explore more of the neighbourhoods, learn more about the city's extraordinary historical past, rich heritage and the people who call it home.

As the second largest city in the world it can seem a daunting prospect even knowing where to start. That's where we come in. In no particular order here are my top three picks for a city full of contrasts. Where ancient ruins and quiet squares rub shoulders with high rise towers and some of the worst traffic in the world. A city where the smallest taco stands are as famous as world-renowned restaurants. A city where craft markets selling colourful textiles and artisanal handicrafts sit near wide boulevards lined with designer stores and perfectly manicured trees. A city I hope you will come to love as much as I did…. 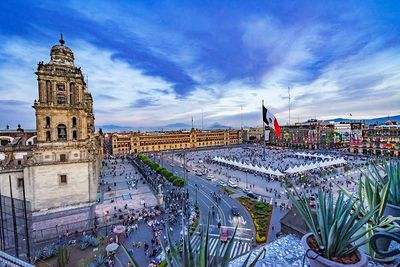 From Diego Rivera's unimaginably impressive murals in the Palacio Nacional that depict Mexico's history, to the landmarks that date back to the Aztec era, the centre of gravity in this district is the iconic (and enormous) Zocalo square - a must-do for any first timer visiting Mexico City. The buildings in this area sit at different levels, wonky roof tops and uneven streets all thanks to the fact the city (which sits on the site of an ancient lake) is sinking a little bit more every year. Street food carts and performers add to the vibrant, delightfully unpolished atmosphere. A private guide will escort you (past the queues) to see the best bits in the area, exploring the hidden gems as well as the well-trodden paths. From the gold clad Cathedral to the brightly coloured domed roof of the Palace of Fine Arts - exploring the historical centre of Mexico City is a feast for the senses. With the jet lag that hits you after a long flight, waking up early to visit this area will not be a chore. The benefits, however, will be huge - fewer crowds, a more manageable temperature and better picture opportunities. 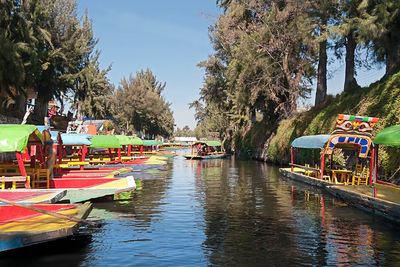 Imagine...Its 6am and you're on a traditional wooden long boat sipping coffee and eating breakfast as you float through deserted waterways spotting birds and watching a burnt orange sun rise behind the swaying trees. You'd be forgiven for thinking you were in the remotest of locations, and not a short drive from the comfort of your fluffy pillows and butler serviced hotel. Welcome to Xochimilco; a system of waterways dating back to Aztec times. A simple Google search will bring up very different images of brightly coloured, crowded party boats, mariachi bands and margaritas. At Original Travel we like to do things a little differently… starting from a private dock, with your own guide and boatman you won't see another soul as you glide across the tranquil water ticking off the different bird species that swoop around you and listening to tales of the history of the waterways. As the sun rises you end up making tortillas and learning about the conservation of Axolotls and the locals' efforts to protect the ecosystems with smallholdings, before stepping back on the boat and drifting to your transfer to the city - all before mid-morning. 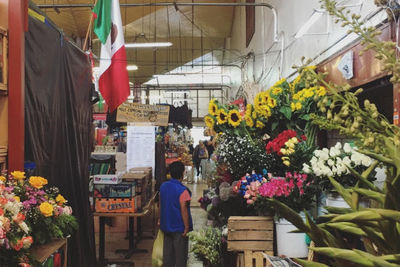 A Tour of Roma

Unsurprisingly, since Alfonso Cuaron's cinematic love letter to this wonderful district of Mexico City walked away with three awards at this year's Oscars - the popularity of the charming Roma area has sky rocketed. Do it right, and you can avoid the crowds that stop for photos outside the house used in the film and get to the heart of the district. Since the devastating earthquake of 1985 which hit Roma particularly hard, the rebuilding of the area has been slow. Evidence of the natural disaster can still be found in the derelict buildings and shabby exteriors that pepper the streets. To its advantage, this has added to the character of the district with cheaper rents sprouting opportunities for artists and creatives to move in and flourish. This, in turn, has lead to the area's decidedly bohemian atmosphere. That said, don't expect picture perfect shops and restaurants - this is a real, living neighbourhood with no tourist façades. Laundrettes sit opposite baristas selling some of the best coffee I have ever drunk and Tequilerias and boutique shops on streets with rubble and graffiti. For me though this all added to its charm. Slightly hipster? Yes. More gentrified every day? Perhaps. Still worth visiting? Absolutely!

Abigail is one of our awesome Americas experts and lover of all things Canadian (even poutine).