The Monastero Santa Rosa in Italy

For this week's Throwback Thursday we've picked an oldie but a goodie in Italy. Jules stayed at The Monastero Santa Rosa in 2013 - read the review.

Perched on the cliffs..

Our chatter was rather subdued as we wound up and down the narrow roads on the way from Naples airport to the Amalfi Coast. The mild car sickness was WELL worth it... as we arrived at the Monastero Santa Rosa, a 17th century monastery renovated into a beautiful spa hotel perched on the cliffs of the Amalfi coast. We were greeted at Monastero Santa Rosa by a large 17th C bell clanging to let the porters know we'd arrived, the same bell that alerted the monks that pilgrims had arrived in need of some help. I guess they weren't feeling as car sick as I was but potentially more in need... I somehow doubt that the pilgrims were greeted with quite such impeccable service, with a chilled drink and beaming smiles. You never know though. This beautiful spa hotel is hovering over the sea, with an infinity pool on the bottom ledge of tiered gardens, dribbling over the cliffs. 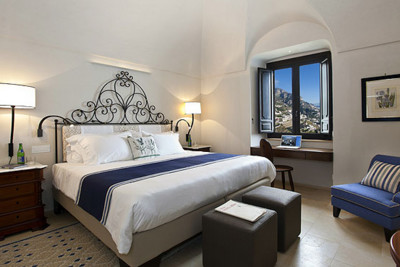 Bianca, the owner, bought the crumbling monastery in 2001 and has spent 11 years painstakingly restoring it to its authentic self, polished with a film of discreet luxury. The love and attention she has put into the restoration oozes out of even detail. The furniture and 17th C artefacts were salvaged from the monastery, or collected from around the world. Pictures from when the monastery was still active have been blown up and spotted around the grounds paying homage to its history. I felt like I'd been welcomed into someone's home, the staff all brought their own personalities to the experience, but underlined with immaculate service. 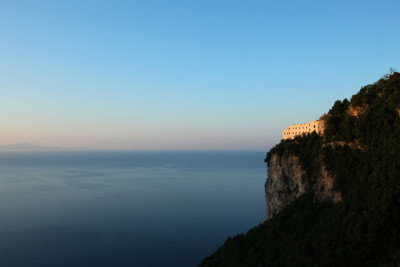 A warren of (again) intelligently restored chambers and staircases leading to treatment rooms, a thermal spa, Jacuzzi... I could go on. There was a sarcophagus-like bed for a turbo treatment (they have a better name) including a Vichy shower, and I opted for a candle massage which was... aahhhh I want to go back now. I slid out to recover from my intense relaxation by the infinity pool. I recovered.

If you can face leaving the Santa Rosa, you're a boat or drive away from the quaint little cobbled towns of Positano and Amalfi. Both beautiful in their own right. But I was completely hooked on the Santa Rosa so could only think about how to get back! Perfect for a restorative escape, part of a honeymoon, a stop over on a road trip around Italy, or simply as excuse to indulge for the weekend. Oh and did I mention the food? 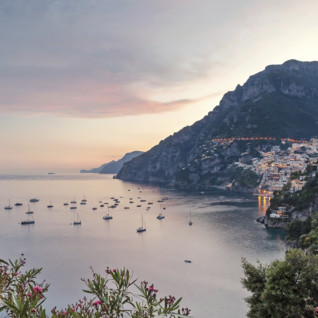 Luxury, style, exquisite landscapes and, of course, delicious food - Italy is unbeatable. From the romantic undulating Tuscan hills evoking images of woody wine cellars and rows of olive trees, to the sensational Amalfi coast, a source of inspiration for Dolce and Gabanna's fantastical… 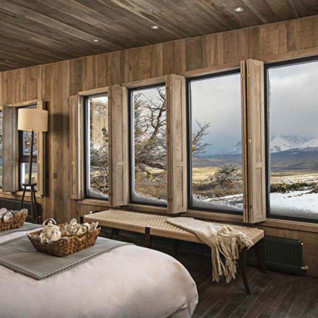 A Room With A View

We may have shamelessly stolen E.M. Forster's title but fear not, we're not embarking upon a literary critique of 20th Century English society (that's next week). We've instead been pondering the very best views from some simply spectacular hotel rooms across the planet… a guaranteed… 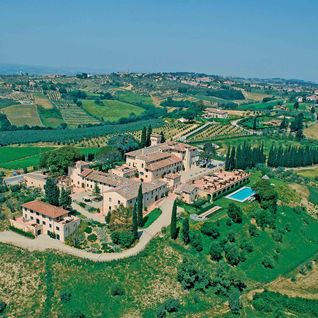 This October, I took a two hour flight from London to Pisa, the city with the infamous 12th century Leaning Tower. I then travelled forward to Chianti, a winemaking region in Tuscany one hour away, where I spent three blissful days eating the most divine local produce and drinking… 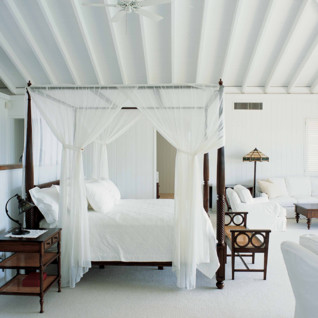 The Best Hotels in Turks and Caicos

Boasting immaculate beaches, bath-warm tropical seas, ultra-luxurious hotels, the least rainfall of any Caribbean island nation and a lobster season that lasts from August to April, the Turks and Caicos Islands should definitely be at the top of the Caribbean holiday hit list. 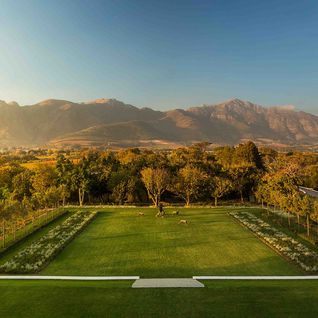 The Best Boutique Hotels for 2017

Independently run, few rooms, bespoke interiors, personalised experiences and impeccable service - just a few of the reasons to pick a boutique hotel for your holiday. Yes, the sights, sounds, smells and tastes of a destination are the stuff that treasured holiday memories are made of but… 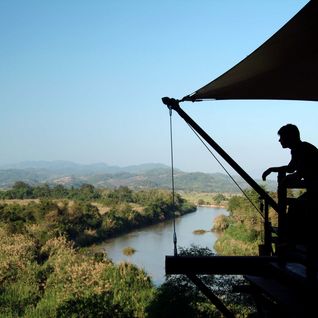 Glamping in Asia: Five of the Best

Travel trends come and go, and for every fad that eventually gets committed to the tourism equivalent of Room 101 (extreme heat holidays, anyone? - have a google) there is one that becomes entrenched in the collective travel psyche. Having burst onto the scene in the mid noughties, glamping…