Frances is here to help give you the inside track.

Japan is synonymous with many things; sushi, bullet trains, technology, vending machines that sell pretty much anything you could ever imagine (and a few things you probably couldn't).

It's also synonymous with cherry blossom and the advent of the so-called sakura (the Japanese for cherry blossom) season sees tourists both international and domestic go slightly potty for the pink petals pervading across the country.

The Japanese cherry blossom season starts in around February in Okinawa in the south, before working its way up north throughout the course of the spring, ending in Hokkaido in May. While the aesthetics alone are fairly spectacular (think mile upon mile of tree-lined parkland covered with trees in bloom) there's so much more to this event than just some pretty petals. Firstly, the whole country comes down with what can only be described as sakura-fever with everything from cherry blossom-flavoured KitKats and Starbucks lattes to a televised cherry blossom forecast, offering a petal-by-petal analysis of the year's crop.

But there's also a much deeper-rooted philosophy behind the mania. In ancient Japan the arrival of cherry blossom was celebrated as a signal of the impending rice-planting season and to cast good luck over the year's harvest. Its brevity, moreover, represents life's vulnerability and beauty. And while the likes of the cherry blossom-flavoured latte are a modern creation, there are also plenty of older, more meaningful traditions, our favourite being hanami, meaning flower-viewing. The modern interpretation is basically a picnic in the park surrounded by the cherry blossom, an activity people get so excited by that many companies will even pay a staff member to reserve their spot during the day, so the whole company can indulge in a spot of hanami in the evening.

Needless to say, cherry blossom season is the most popular time to be in Japan so it's best to book early. Which is where we come in.

Cherry blossom season is a fascinating time to be in Japan but it's not the only thing to do there. An Original Travel trip to Japan during cherry blossom season will also encompass exploring Tokyo with a private guide, enjoying the beautifully rural area of Hakone and taking in the tradition and culture in Kyoto. 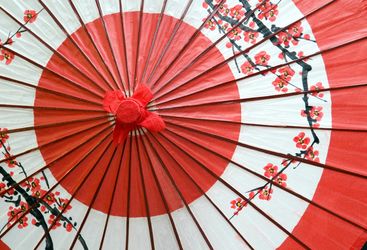 The Far East > Japan
Japan
Quite possibly the most 'other' destination on Earth, and in our humble opinion a must for everyone's bucket list.
Find out more Add to Ideas+

Frances is a seasoned traveller and has the inside track on the most memorable adventures.